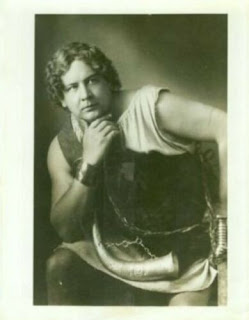 He was the pre-eminent Wagnerian tenor of the 1920s, 1930s, and 1940s and has since come to be considered the quintessence of his voice type. Late in his career, Melchior appeared in movie musicals and on radio and television. He also made numerous recordings. He debuted as a baritone in 1913 but further study extended his range upward, and he made his tenor debut as Tannhäuser in 1918. Additional training readied him for Bayreuth, where he sang (1924–31), and he remained the preeminent Wagnerian tenor of his time, regularly singing (often opposite Kirsten Flagstad) at Covent Garden (until 1939) and the Metropolitan Opera (1926–50) and making many recordings. 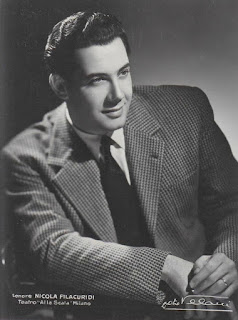 He was educated by an Italian educator in Alexandria and made his debut there in 1945 as Turiddu in ‘’Cavalleria Rusticana’’. It was followed by a commitment at the Opera of Cairo, finally he went to Italy and completed his studies there with Federico Dal Cupulo. In 1949 he began his Italian career at the Municipal Theater of Savona as Alfredo in ‘’La Traviata’’. He had a great success in Trieste and on a tour of Spain. In 1950 he appeared at the Opera of Rio de Janeiro, the same year he sang at the Teatro dell'Opera di Roma as Maurizio in ‘’Adriana Lecouvreur’’. He appeared at the opera houses of Venice, Naples, Parma and Turin, at the Maggio musicale of Florence, then also at La Scala. Here he made his debut in 1953 in the modern opera ‘’Leonore 40-45’’ by Liebermann, also sang on 26. 1. 1957 in the premiere of the opera ‘’Dialogues des Carmélites’’ by Fr. Poulenc. He had a special successes at La Scala in 1958 as Cardinal in ‘’Matthias the Painter’’ by P. Hindemith and in 1961 as Hoffmann in ‘’Les Contes d'Hoffmann’’. This was followed by appearances on Italian radio and on television, guest tours in France, Belgium, Portugal, Germany and Spain. From 1948 to 1951 he performed at the Opéra de Monte-Carlo, at the Théâtre de la Monnaie in Brussels (1957), at the Aix-en-Provence Festival (as José in ‘’Carmen’’, 1957), at the Covent Garden Opera (1956), at the Glyndebourne Festival (1960), then at the Vienna State Opera (1957-1960) and the Sydney Opera House (1976). In 1955 he appeared in Palermo in the premiere of the opera ‘’Il Capello di Paglia di Firenze’’ by N. Rota. In 1956 he performed at the Teatro San Carlo in Naples in the premiere of the opera ‘’La Guerra’’ by Renzo Rossellini. After quitting the stage, Filacuridi embarked in a new and very successful career as a real estate agent in Australia. 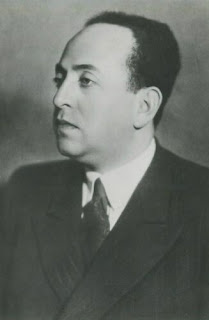 Mikhail Alexandrovich was born on the 23 of July 1914,in the village of Bērzpils, Vitebsk Governorate (now part of Balvi Municipality, Latvia), in the family of Jewish peasants. His father, an amateur musician, taught his young children to sing, and at the age of five, Mischa was able to sing folk melodies with the seriousness of an adult. At the age of seven, Mischa made his first studies of the theory of music and piano at the Riga Conservatory and started learning a concert repertoire based on folk tunes and the works of composers like Schubert, Gounod, Grieg, Schumann and Rimsky-Korsakov. with which, at the age of nine, he made a three-year tour of European cities. He prided himself on being the first child singer to be accepted as a serious artist on the concert stage. In his teens, when his voice changed to that of a lyric tenor, he studied at the St. Petersburg Conservatory. To finance further studies in Italy (1934-36) he accepted a position as cantor in Manchester, England. He spent several years singing in England, and made concert tours in France, Austria and Poland. Although basically a concert singer, he did sing the roles of Nemorino in L'Elisir d'Amore, the Duke in Rigoletto, and Alfred in La Traviata on several opera stages, but recognizing that his voice was fragile, he refused to compete with louder-voiced, operatically trained singers and limited such appearances. Returning to Latvia, in 1936, Alexandrovitch sang as a cantor in Riga, but also continued to give concerts and to sing in a few operatic performances. After Latvia was annexed by the Soviet Union in 1940, Mischa was sent to entertain the military forces, and even sang aboard warships of the Baltic fleet during the seige of Leningrad. In July 1943, Mischa gave his first concert in Moscow and became an immediate success. Besides singing a serious repertoire, he introduced many Neapolitan songs he learned in Italy into his recitals and became known as the Russian Tito Schipa. He sang in every corner of the Soviet Union, and his recordings were ea gerly awaited by the Russian public. However, Alexandrovich was never happy under the Soviet regime, and made numerous attempts to get out of Russia. He finally succeeded in 1971, thanks in part to the efforts of Cantor Louis Danto, then cantor at the Park Synagogue in Cleveland. Alexandrovitch first went to Israel, but stayed there only a short time before coming to the United States. In 1972, out of gratitude to Cantor Danto, he gave a recital in Cleveland, four selections from which are found on this disc. When Danto moved on to Toronto, Canada, he found a postion there for the already elderly singer as a cantor at the Beth David Synagogue. Alexandrovitch remained in Toronto for several years, and finally moved to Germany, where he is living in Munich at the present time. At the age of 80, Alexandrovitch was still giving concerts and singing on the radio. 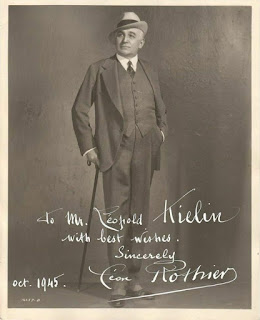 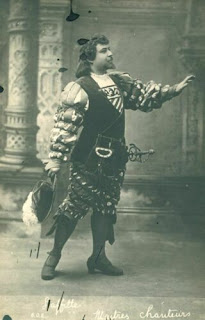 He began his career as a violinist, then studied singing at the Paris Conservatoire under Paul Lhérie. He made his debut in 1899 at the Paris Opéra-Comique as Jupiter in ‘’Philémon et Baucis’’ by Gounod. He remained active till 1907 at the Opéra-Comique, where he appeared on 2. 2. 1900 in the premiere of G. Charpentier’s ‘’Louise’’ and on 11. 4. 1900 in ‘’Le Juif Polonais’’ of Camille Erlanger. Since 1907 he worked not only at the opera houses of Marseille and Nice, but also in other French provincial theatres and at the Opera House in Monte Carlo. In 1910 he was engaged by the Metropolitan Opera in New York, beginning a 30-year association with this opera house. In 1911 he sang there in the première of the opera "Ariane et Barbe-Bleue" by Dukas, in 1913 in ‘’Boris Godunov’’, in 1922 in ‘’Le Roi d'Ys’’ of Lalo. He sang at the Metropolitan Opera also in the premieres of the operas ‘’L'Oiseau blue’’ by Albert Wolff (27. 12. 1920) and ‘’Peter Ibbetson’’ of Deems Taylor (7. 2. 1931). In the 1918-1931 he made guest appearances at San Francisco Opera. He also sang at the Ravinia Summer Opera near Chicago. He was still fulfilling public singing engagements in New York City as late as 1949, at the Town Hall performance space. During the first marriage he was married with the soprano Mariette Mazarin (1877-1952) from whom he separated. His second marriage with contralto Maria Duchêne (*1884 - ?). At the age of 76 he entered the third marriage, however, died shortly after. 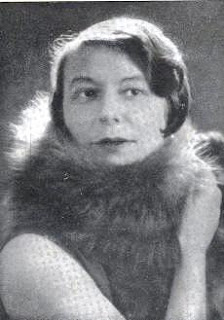 She made her debut  in 1921 at the Teatro Verdi of Castelsangiovanni in ‘’La Favorita’’. She sang on 20. 12. 1924 at La Scala in the premiere of the opera ‘’La cena delle beffe’’ of Giordano, on 7. 3. 1925 in ‘’I Cavalieri di Ekebù’’ of Zandonai. In 1927 she performed at the Teatro Carlo Felice in Genova. There she sang the role of Adalgisa in Bellini’s ‘’Norma’’. In 1935 she appeared at the Arena of Verona in Mascagni’s ‘’Cavalleria rusticana’’. She spent her old age at the Casa di Riposo Giuseppe Verdi In Milan. 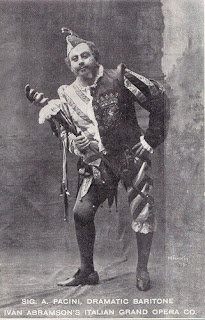 Get this Recent Comments Widget